Has It Started, Then? I Don't Think So.

This shooter was a stupid kamikaze who made no dent in the body politic he hates. He's dead, and he revealed the group which influenced him, and they also probably will go down. An actual paramilitary operation, it was not.


Here Is What The Alleged Shooter Posted About Steve Scalise 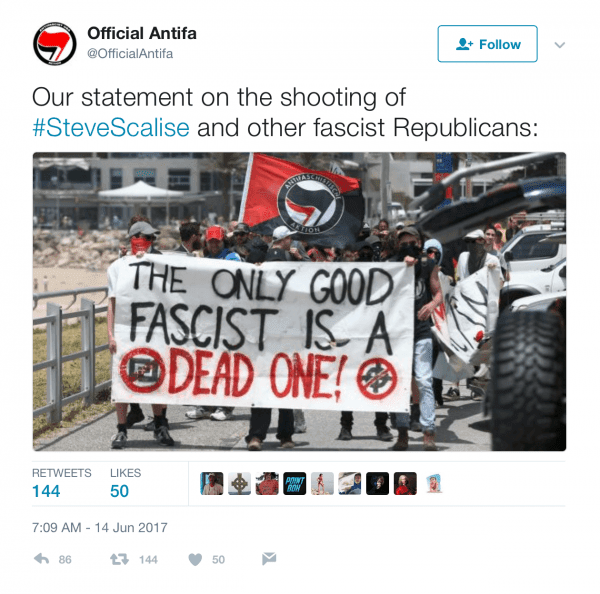 Well, the only good AntiFa is a dead one. But we already knew that.