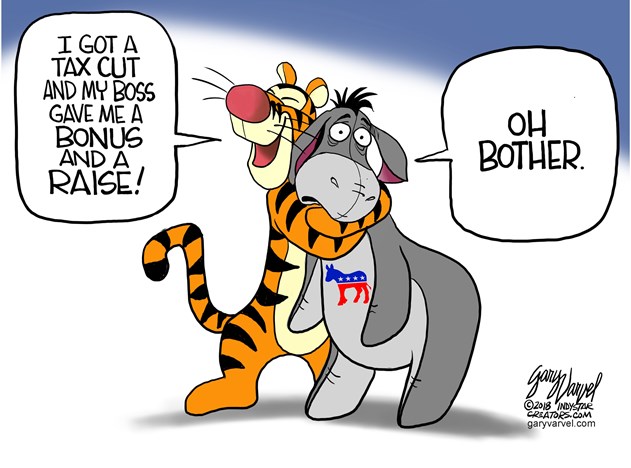 As someone in the top 5% of earners, I share the feeling! Yesssssss
Stupid Trump voters will be worse off but fuck them, they deserve it. It sucks for the poor Liberal voters though. Good luck to them.

Precisely how will Trump voters be worse off?

They benefit more from wellfare, on average, and already pay less taxes on average and will thus get much less benefits, if any, from tax cuts. Especially after several years should the tax plan remain the same.

Gotta love those graphs and NYT. According to one graph, Hillary won by a massive, massive landslide.

The other graph gives no sources, BUT gives nearly equal tax cuts to all categories except only to 47% of lowest income taxpayers, and the other bars are nearly equal in the high 80%.

As for services vs. Trump voters, I suspect that service reduction, if any, will affect mostly Democrat voters. They have been promised welfare ever since LBJ. And under Obama, food stamps sky-rockted and have now decreased under Trump, not by coercion but by the availability of jobs. Blacks have the lowest unemployment rate in decades.

Less services are needed in full employment, IFF insurance rates can be decreased from the Obama run-away.