Democrats and the Value of Life

Democrats showed absolutely no concern for the thousand people (including at least on American peace officer) who were killed with the weapons given to the Mexican drug cartels.

Democrats showed no concern over the killing-by-negligence of those trapped in Benghazi, including an American ambassador.

Democrats showed no concern over the assassination of one of their own, Seth Rich.

Now Democrats might be just a little concerned, about their own skins. 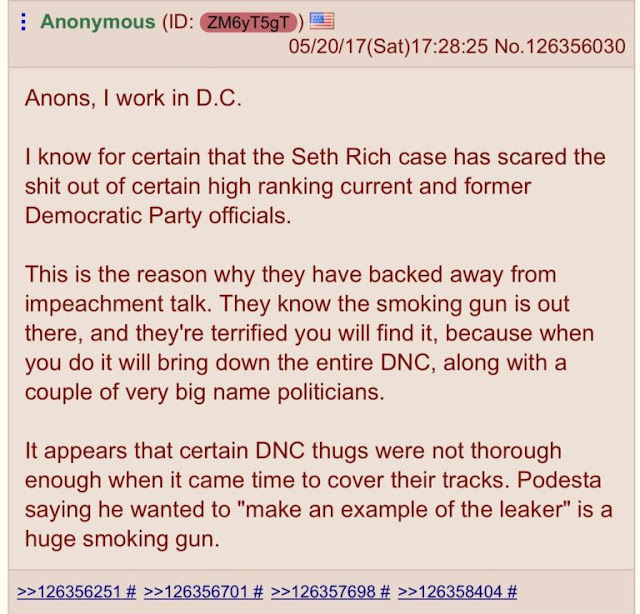