Yellow Stars for the Flyovers 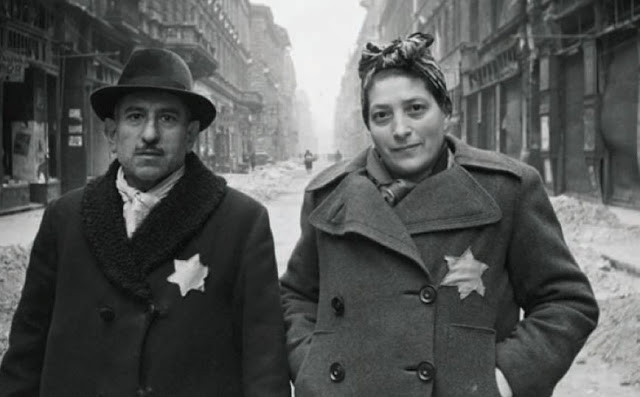 Would You Have Worn the Yellow Star?
When Germany occupied Hungary, the Nazis mandated that all Jews wear a yellow star and few Jews dared to resist

The Jews, Gypsies, mentally challenged, or otherwise weakened - those were the Deplorables of Hitler's Germany. Ethnic classification was the political weapon of the day: Class War, based on the designations placed on population segments by the elitists.

The same thing had already happened in Russia, as entire sub-populations were identified as Deplorable classes... and were wiped out.

The entire thrust of the Left's current class war is eliminative: The Deplorables resist Left's the uber moral march toward their controlled society which will inhabit their utopia (a society of complete unity, homogeneity, and drone-like mental conformity to the will of the elite masters - who brook no challenges or deviations no matter how small.)

History shows how the Utopians behave, once they have military power over the Othered Classes. But history has been removed from the brains of several generations, trained to believe that non-congruence with The WILL of the bearers of the holy Narrative is evil and has to be squashed. They will be the ones who pass out the yellow star or embed the "heretic chip" under the skin of the Othered. When doing so, they will be sanctimoniously, self-righteously following the secular morality and rationalizations of the Progressive's moral march through their perception of an "evil society".

In the space between today and the Antifa bearers of the yellow star arriving on the front porch, what is to be done? What should the Jews, gypsies, infirm have done rather than to accept their individual yellow stars?